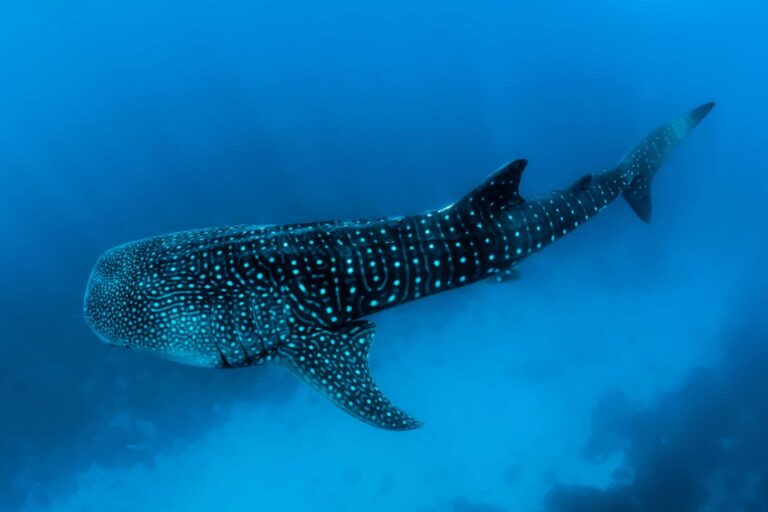 What is a Fish?

The term fish is used to describe a variety of fish in several evolutionary lines. It describes a life-form rather than a taxonomic group. Composed of approximately 34,000 species of vertebrate animals.

As members of the Phylum Chordata, Certain features of fish are similar to those of other mammals. These features are gill slits at some point in the life cycle, a skeletal supporting rod, a dorsal hollow nerve cord, and a tail. There are five different classes of living fishes that are distinct from one another.

Ichthyology, the study of fishes, is important. Humans are interested in fishes because of their relationship with the environment. The role fishes play in the world’s food supply is one of the reasons for their interest.

This resource is finite and in a delicate balance with other factors of the aquatic environment. In freshwaters and in the ocean, overfishing, pollution, and alteration of the environment are the main enemies of proper fishing management. Disease control is one reason why fishes are studied.

They also help curb mosquito-borne diseases such as Malaria.

Fishes are valuable laboratory animals in many aspects of medical and biological research. For example, the readiness of many fishes to acclimate to captivity has allowed biologists to study behavior physiology and even ecology under relatively natural conditions.

Fishes have been especially important in the study of animal behavior, where research on fishes has provided a broad base for the understanding of the more flexible behavior of the higher vertebrates zebrafish is used as a model in studies of the gene.

Aesthetic and recreational reasons for an interest in fishes. Millions of people keep live fishes in home aquariums as pets for the simple pleasure of observing the beauty and behavior of animals otherwise unfamiliar to them. Aquarium fishes provide a personal challenge to many aquarists, allowing them to test their ability to keep a small section of the natural environment in their homes.

Sportfishing is another way of enjoying the natural environment, also indulged in by millions of people every year. Interest in aquarium fishes and sportfishing supports multimillion-dollar industries throughout the world.

How do fish sleep?

When a fish sleeps, it exists in a seemingly listless state in which the fish maintains its balance but moves slowly. If attacked or disturbed, most fish can dart away. A few kinds of fish lie on the bottom to sleep. Most fish do not have eyelids, so they cannot close their eyes to sleep.

How do fish hear?

The organs of hearing in fish are entirely internal, located within the skull, on each side of the brain, and somewhat behind the eyes. Sound waves, especially those of low frequencies, travel readily through water and impinge directly upon the bones and fluids of the head and body to be transmitted to the hearing organs.

Fishes have been in existence for more than 450 million years, during which time they have evolved repeatedly to fit into almost every conceivable type of aquatic habitat. In a sense, land vertebrates are simply highly modified fishes: when fishes colonized the land habitat, they became tetrapod (four-legged) land vertebrates.

The popular conception of a fish as a slippery, streamlined aquatic animal that possesses fins and breathes by gills applies to many fishes, but far more fishes deviate from that conception than conform to it.

For example, the body is elongate in many forms and greatly shortened in others; the body is flattened in some (principally in bottom-dwelling fishes) and laterally compressed in many others; the fins may be elaborately extended, forming intricate shapes, or they may be reduced or even lost; and the positions of the mouth, eyes, nostrils and gill openings vary widely.

Many fishes are cryptically colored and shaped, closely matching their respective environments; others are among the most brilliantly colored of all organisms, with a wide range of hues, often of striking intensity, on a single individual. The brilliance of pigments enhanced by the surface structure of the fish, so that it almost seems to glow.

A number of unrelated fishes have actual light organs. Many fishes are able to alter their coloration some for the purpose of camouflage, others for the enhancement of behavioral signals.

Fishes range in adult length from less than 10 mm (0.4 inches) to more than 20 meters (60 feet) and in weight from about 1.5 grams (less than 0.06 ounce) to many thousands of kilograms. Some live in shallow thermal springs at temperatures slightly above 42 °C (100 °F), others in cold Arctic seas a few degrees below 0 °C (32 °F) or in cold deep waters more than 4,000 meters (13,100 feet) beneath the ocean surface. The structural and, especially, the physiological adaptations of life at such extremes are relatively poorly known and provide the scientifically curious with a great incentive for study.

All fish share two traits: they live in water and they have a backbone they are vertebrates.

Apart from these similarities, however, many of the species in this group differ markedly from one another. Finfish like salmon have gills, are covered in scales, and reproduce by laying eggs. Eels, by contrast, have worm-like bodies and exceedingly slimy skin. Lungfish gulp air. Whale sharks, the largest fish, give birth to live young and eat only tiny fish, squid, and plankton. Some species, such as the weedy sea dragon, are so bizarre they seem almost unreal.

Fish have developed special senses, too. Because water transmits sounds, disperses chemicals, and conducts electricity better than air, fish rely less on their vision and more on their hearing, taste, and smell. Many can detect motion in the water using a special row of scales with sensors known as the lateral line. Others can find their prey and even navigate by detecting electrical charges.

One reason fish are so diverse is that 70 percent of the planet is covered in water. The animals in this group live in a variety of habitats ranging from coral reefs and kelp forests to rivers, streams, and the open ocean. Another is that fish are very old on the evolutionary scale. According to fossil records, they have been on Earth for more than 500 million years! The total number of living fish species about 32,000 is greater than the total of all other vertebrate species (amphibians, reptiles, birds, and mammals) combined. 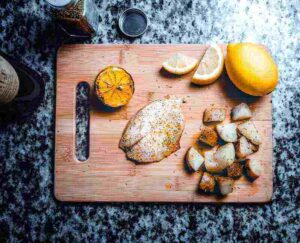 Fish is a low-fat high-quality protein. Fish is filled with omega-3 fatty acids and vitamins such as D and B2 (riboflavin). Fish is rich in calcium and phosphorus and a great source of minerals, such as iron, zinc, iodine, magnesium, and potassium. The American Heart Association recommends eating fish at least two times per week as part of a healthy diet. Fish is packed with protein, vitamins, and nutrients that can lower blood pressure and help reduce the risk of a heart attack or stroke.

Aid healthy brain function and infant development of vision and nerves during pregnancy.

May decrease the risk of depression, ADHD, Alzheimer’s disease, dementia, and diabetes.

May prevent inflammation and reduce the risk of arthritis.

Fish is an important cultural icon in Washington State that defines a recreational as well as a spiritual way of life in the Pacific Northwest. Fish is not only an important source of nutrition, the act of catching, preparing, and eating fish are important cultural and family practices as well. To Native American Indian Tribes of Washington, fish, especially salmon, are an integral part of their lives and serve as a symbol of their prosperity, culture, and heritage. 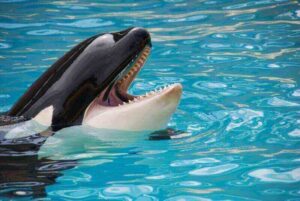 What is a fish heart?

Didactic model of a fish heart Fish have a closed-loop circulatory system heart pumps the blood in a single loop throughout the body.

What is the bulbus arteriosus?

The ventricle is another thick-walled, muscular chamber and it pumps the blood, first to the fourth part, bulbus arteriosus, a large tube, and then out of the heart.

What is a Jaw?

Jaws allow fish to eat a wide variety of food, including plants and other organisms.

What is a fish?

Fish, as vertebrata, developed as sisters of the Tunicata.

Pustulosus, showing the shearing structures (“teeth”) on its oral surface; from the Devonian Wisconsin, Early fish from the fossil record are represented by a group of small, jawless, armored fish known as Ostracoderms.

What is the advantage of a hinged jaw?

It is unclear if the advantage of a hinged jaw is greater biting force, improved respiration, or a combination of factors.

What are the effects of multiple species?

Fish from multiple groups can live out of the water for extended periods.

What is a bowfin?

Gar bowfin has a vascularized swim bladder that functions in the same way.

What is a Labyrinth Fish?

Labyrinth fish (such as gouramis bettas ) have a labyrinth organ above the gills that performs this function.

What is Clariidae Breathing Air?

A few other fish have structures resembling labyrinth organs in form and function, most notably snakeheads pikeheads, and the Clariidae Breathing air is primarily of use to fish that inhabit shallow, seasonally variable waters where the water’s oxygen concentration may seasonally decline.

What are the effects of air-breathing fish?

Fish dependent solely on dissolved oxygen, such as perch and cichlids, quickly suffocate, while air-breathers survive for much longer, in some cases in water that is little more than wet mud.

What are the effects of fish waste?